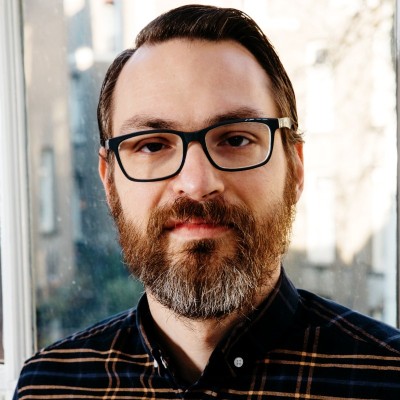 Hi, my name is Dennis Vink

What I find important

What am I really good at?

MyHeritage: How I became my own father

by Dennis VinkThe 4th of December 2021 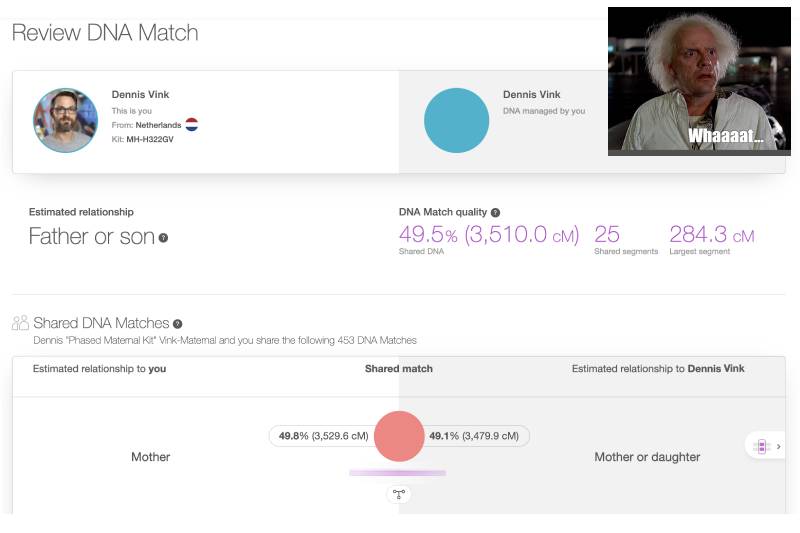 Earlier this year me and my wife decided to order one of those DNA test kits, spurred by a promotion. It was a MyHeritage autosomal DNA test. Boy... did that turn out to be a rabbit hole. The hook: "find out about your ancestry" is what got me in, but what really turned my interest were the vast amount of DNA matches and the puzzle my family's lineage really is. It's a never-ending puzzle, archives to research, testing hypotheses.

In my first few days on MyHeritage I was contacted by a gentleman who goes by the name "Peter-Paul", from Limburg. Peter-Paul was interested in finding out how we were related and suggested we'd work together. It turned out Peter-Paul was a veteran genealogist and possesses deep knowledge about DNA. And that's how genealogy became one of my most time-intensive and exciting hobbies.

How I became my own father

The DNA profile of my half brother helped a lot in that respect. My matches that I match with him are on my mother's side (with a few exceptions). Still, MyHeritage autosomal DNA tests do have some limitations. Autosomal chromosomes contain DNA code that were inherited from both parents. The alleles (the DNA code) is randomly recombined.

From a single DNA profile there's no telling which allele was inherited from who. In DNA matches, particularly those with smaller matches, some of my DNA matches with them by sheer chance rather than an actual match. Even significant matches may be the result of random chance. As such, I was looking for a way to separate my matches for my father's side of the family and my mother's side of the family. That's when I found Borland Genetics.

Borland Genetics is an autosomal DNA database where users can create DNA profiles for their deceased ancestors, using a set of tools. DNA can be fully or partially reconstructed from living descendants. They do not only offer DNA reconstruction for deceased ancestors however: I've also stumbled across a tool called "Kit Phaser". This tool allows you to provide the DNA profiles of two parents and a child and produces a paternal kit and a maternal kit. What this means is that it will create two DNA files of "me", but one kit _only_ has the DNA that I received from my father and the other kit _only_ has the DNA that I received from my mother. Further more, Borland allows you to download the generated kits.

The format in which you download the generated DNA kits is incompatible with all of the genealogy / DNA testing companies out there. As such, I had to write a converter. This was a bit of a trial and error: it turned out that MyHeritage does _not_ accept MyHeritage formatted DNA files. However, Family Tree DNA format was supported. My first attempt resulted in a converted Borland kit to MyHeritage format, which I subsequently converted to the FTDNA format.

Now that this worked, I invested some time in learning how phasing DNA kits worked, and wrote a script that could do it on my Macbook. The script takes in three MyHeritage DNA kits: child, father and mother and outputs two phased DNA kits: A paternal kit and a maternal kit. I then wrote a script to convert the output to FTDNA format, so there's no dependency on an external website or service. You'll find the tools to do this at: https://github.com/dennisvink/myheritage-dna-kit-phasing-tools
I've donated the code to the public domain.

So... how did I became my own father? At MyHeritage you can upload DNA kits. I've created a new family tree, myself (paternal) and myself (maternal) as individuals and upload the respective phased DNA kits and waited for them to be processed. After two days of waiting the results were in... I am my own father! But why?

As such... My paternal (and maternal) kit matches 50% with myself. Exactly the same as a parent would match his child. After all, a child would inherit 50% of DNA of both parents. Therefore, MyHeritage estimates my relationship to myself as father or son.

Take care not to pollute the DNA database of MyHeritage and other similar services with bogus DNA files. When you upload artificial kits (such as phased kits) attach them to a person in your pedigree of who it is clear it is a fictional person. In my case I've created a new pedigree, postpended "-Paternal" and "-Maternal" to my name and specified "Phased Kit" as nickname. People matching the kit will then be able to conclude it's an artificial kit.